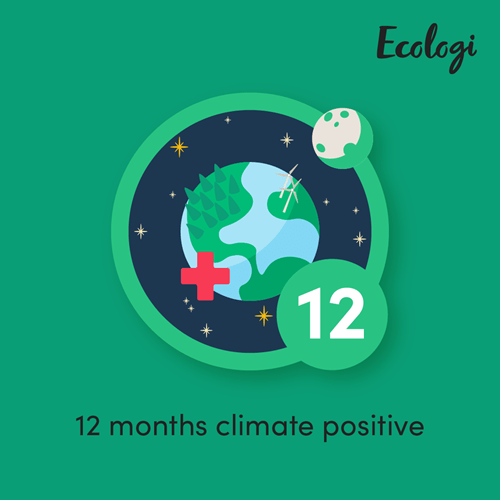 British Medical Auctions are proud to have reached the 1 Year milestone with Ecologi.

BMA and it's employees work with Ecologi to offset the carbon footprint of each our employees at work and at home. In this first year of partnering with Ecologi we have offset over 240 tonnes of carbon dioxide, financed the planting of over 3,500 trees and most recently, supported a hydropower project in India and a wind power project in Thailand.

Located in the lesser Himalayas, in the state of Himachal Pradesh in northern India, water in the form of snow-melt and rain, as well as water from nearby springs, feed the catchment area for this small hydropower project. This is a Run-of-River scheme, with 2 turbines placed in the river that are rotated by the flowing river water. The river in question, Allain Nala, actually powers a separate, bigger hydropower project further upstream, and the tail race water (the water that comes out of that bigger power plant) is what powers this hydropower project. 2 turbines, each producing 2.4MW of energy will be rotated by the running water, generating 20,967MWh of electricity per year. The project will bring both skilled and unskilled jobs to the local area too, employing 13 local people and training 1 more. This project will reduce greenhouse gas emissions by replacing electricity in the grid that would have been produced by burning fossil fuels. Every year, 17,614 tCO2e will be prevented from being emitted by this hydropower plant.

The demand for energy in Thailand is also expected to increase by 78% by 2036, so there is an urgent need to increase the amount of energy Thailand can produce, with a growing proportion of this energy coming from renewable sources. In 2018, around 10% of Thailand’s energy (45,000MW) was generated from renewable sources, mainly solar power. Of this amount, only 1,018MW came from wind power, but wind power is set to play an increasingly large role in generating Thailand’s power in the coming years. This wind power project bundles the West Huaybong 2 and West Huaybong 3 wind farms, which together will generate over 500,000 MWh of electricity every year and feed it into Thailand’s national grid. By replacing electricity generated from fossil fuel fired power plants with renewable electricity generated using wind power, these two wind farms will prevent around 250,000 tonnes of CO2 from being emitted into the atmosphere every year.